Here on Life with Lynnie (LwL),
I need to let you know that
today,
is a special day.

It's the anniversary of
the death of...
Jesus!

Thinking of what happened to
Jesus...
made me think about

As you just read,
Jesus
was
crucified.

He
suffered...
but
paid the price for the sin of the world,
for all who would believe upon Him.

Even though His life ended here on earth,
He
is in Heaven,
and
each of us
born again Christians
shall spend eternity
with Him...
when we die...
here on earth.

For this, I'm thankful
and
always will be. 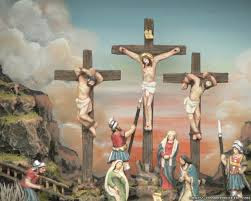