Did you read Life with Lynnie (LwL) yesterday and the day before (Monday)?

If you did, you will be aware about Carl Lutz... the International Holocaust Remembrance Day... and about Oskar Schindler and the Schindler's museum that I saw... when I was in... Krakow, Poland.

I also previously mentioned that I would let you know about concentration camps.

After I saw the Schindler's museum in Krakow, Poland... I went to see the  Auschwitz and Birkenau concentration camps.

Here is a link for a Wikipedia article regarding Auschwitz - Birkenau concentration camps:  https://en.wikipedia.org/wiki/Auschwitz_concentration_camp#Auschwitz_II-Birkenau.

Hopefully you clicked on the link and read the article.  I'll share a bit of what was stated (I copied/pasted):


Yes, you can see the pic that shows Auschwitz at the top... and Birkenau at the bottom.

I actually took pictures when I was there, and saw both those concentration camps which were not at the same place, but close.

As you can see... the buildings at Auschwitz were still there and were built with bricks.

There were many buildings there.... that I saw.

To get to the Birkenau concentration camp, I was able to take a bus to get there and get back.  I was thankful!

When I arrived at Birkenau, I walked out into the train area, and saw exactly what you can see in that picture.

In fact, I also took pictures there, as well.

To be honest, it touched my heart again... seeing that the wood buildings where they had to sleep... were like what I had seen in the past... at a different concentration camp.

Since there was only 1 place to burn wood in each building, no one there could have felt warm during cold weather.. :'(

Here is a link for a Wikipedia article that states about Nazi concentration camps, in Germany:  https://en.wikipedia.org/wiki/Nazi_concentration_camps.

I thought I should also let you know that I had also seen another concentration camp... in Dachau, Germany.

Here is an a link for a Wikipedia article regarding the Dachau concentration camp:  https://en.wikipedia.org/wiki/Dachau_concentration_camp.

Here is some information that I will share with you (I copied/pasted):


Dachau concentration camp (/ˈdɑːxaʊ/;[3] German: Konzentrationslager (KZ) Dachau, IPA: [ˈdaxaʊ]) was the first of the Nazi concentration camps opened in 1933, intended to hold political prisoners. It is located on the grounds of an abandoned munitions factory northeast of the medieval town of Dachau, about 16 km (10 mi) northwest of Munich in the state of Bavaria, in southern Germany.[4] After its opening by Heinrich Himmler, its purpose was enlarged to include forced labor, and, eventually, the imprisonment of Jews, German and Austrian criminals, and finally foreign nationals from countries that Germany occupied or invaded. The Dachau camp system grew to include nearly 100 sub-camps, which were mostly work camps or Arbeitskommandos, and were located throughout southern Germany and Austria.[5] The camps were liberated by U.S. forces on 29 April 1945.
Prisoners lived in constant fear of brutal treatment and terror detention including standing cells, floggings, the so-called tree or pole hanging, and standing at attention for extremely long periods.[6] There were 32,000 documented deaths at the camp, and thousands that are undocumented.[7]
Approximately 10,000 of the 30,000 prisoners were sick at the time of liberation.[8][9]
In the postwar years the Dachau facility served to hold SS soldiers awaiting trial. After 1948, it held ethnic Germans who had been expelled from eastern Europe and were awaiting resettlement, and also was used for a time as a United States military base during the occupation. It was finally closed in 1960.
There are several religious memorials within the Memorial Site,[10] which is open to the public.[11] 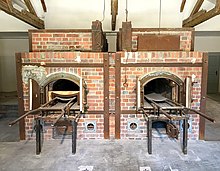 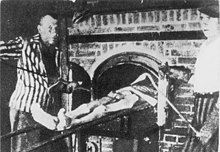 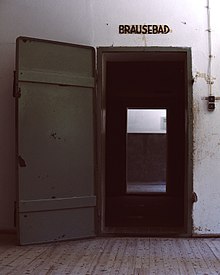 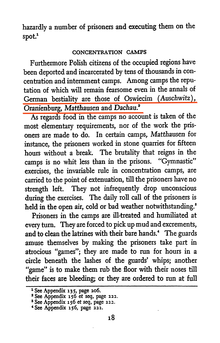 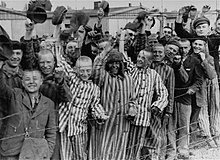 When I was there (with my deceased husband, who was alive at that time many years earlier), we spent time where the religious memorials were located.

When I was in Auschwitz, they had many brick buildings still there where people had to live during WW2.

But, when I saw Birkenau... it reminded me of Dachau... because there were only a few buildings there for anyone to see... but, they were also wood buildings... that only had 1 place where wood was being burned... for a small amount of heat in the winter. :'(

I realize many people suffered, feared about death, and many people died here on earth, during WW2.... especially when they were forced to go to the concentration camps.

Thinking about that, made me think about Matthew 10:28, "And fear not them which kill the body, but are not able to kill the soul: but rather fear him which is able to destroy both soul and body in hell.".

Amen!  And fear not them which kill the body, but are not able to kill the soul: but rather fear him which is able to destroy both soul and body in hell.

Am I afraid my life will end, here on earth?
No.

Because I belong to God.

God loves me, because I belong to Him... and gained salvation and everlasting life by trusting in/believing upon our Lord, Jesus Christ... just as He wanted me to do.

So, even as my life ends here on earth, I will be with Him, forever... because my soul can NOT be destroyed, because I belong to Him.