There's something I'll let you know about, here on Life with Lynnie (LwL).

Here is an article by rt.com that is entitled, Nearly half of immigrants' descendants in Denmark say criticizing religion should be illegal:  https://www.rt.com/news/471147-denmark-immigrants-criticize-religion/?fbclid=IwAR2jWsfihS669skPOWrdIwMHZvz1a-tcROHDOI6IbNS5qspd8RECj7xYcPY.

Did you click on the link and read it?  In case you didn't, I'll share a bit of what was stated (I copied/pasted):

Nearly 50 percent of descendants of non-Western immigrants in Denmark think it should be illegal to criticize religion — a sharp contrast with the numbers of ethnic Danes, a new survey shows.
The report from the Immigration and Integration Ministry found that descendants of immigrants are more interested in defending religion than recent immigrants who have been settled in the country.
While 48 percent of descendants said criticizing religion should be illegal, only 42 percent of first-generation immigrants who have been in Denmark for three years or more said the same.
For ethnic Danes, the number who want to get rid of the freedom to criticize religion was dramatically lower at only 20
It also stated (I copied/paste):

The idea of religion being protected from criticism is not unusual in Europe, where, in many countries, anti-blasphemy laws are still in place. ALSO ON RT.COM
Denmark repeals blasphemy law, Koran burner walks free 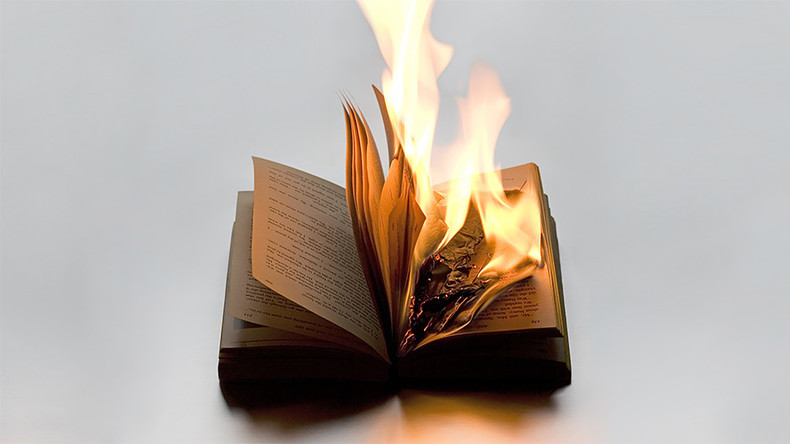 An Austrian woman was convicted last year after she called the Prophet Mohammed a “paedophile” in seminars she delivered in Vienna, during which she said the prophet had married a six-year-old girl and consummated the marriage when she was nine years old — a subject of some historical debate. The European Court of Human Rights (ECHR) upheld the conviction, saying it “served the legitimate aim of preserving religious peace.”
In other parts of Europe, things are moving in a different direction, however.
Ireland deleted an outdated blasphemy law from its constitution in a 2018 referendum, which saw almost 65 percent voting yes to removing the ban — though it had been 150 years since anyone was actually prosecuted for blasphemy in Ireland. Denmark repealed its own blasphemy law in 2017.

That is not happening.

Anyone like me, who knows the truth about Islam, is speaking truth.

Their Islamic god allows Muslims to do what is against our rules/laws here in Canada, and in most other countries what Muslims call western countries.

For instance we have laws that do not allow young girls to be married.

Plus our laws/rules also do not allow what Muslims believe they should do... like murdering people.

Even though their Islamic god has taught them to convert every person in the world to become Islamic/Muslims, and if people refuse, their Islamic god told them to cut off those people's heads... meaning murder them... which is being done by some Muslims in some countries.

I won't discuss more information at this time.

But, I will let you know that our laws were set up many years ago... by many people who honoured and worshiped our true God.

The false Islamic god, who is truly Satan, is against what our true God teaches in His Word, the Bible.

So, there are many Muslims and other people who are non-believers... that have not yet accepted that Jesus, IS the son of God, the Father... our Christian God.

Thinking about that, made me think of John 8:42, "Jesus said unto them, If God were your Father, ye would love me: for I proceeded forth and came from God; neither came I of myself, but he sent me.".

Amen!  Jesus said unto them, If God were your Father, ye would love me: for I proceeded forth and came from God; neither came I of myself, but he sent me.

Hallelujah... that Jesus was sent and came to the earth as a baby who was born on earth... and grew to pay the price for sin in this world, for all who trust in/believe upon Him... our Lord, Jesus Christ... which He eventually did when He gave His life on the cross.

I love Jesus... and will spend eternity with Him, because I've gained salvation and everlasting life by trusting in/believing upon Jesus, our Lord... who I truly love.

If you do the same, you'll be totally blessed.