Today, I'll let you know about something, here on Life with Lynnie (LwL).

Hopefully, you clicked on that link, and read that article.

Here's some of what was stated (I copied/pasted): 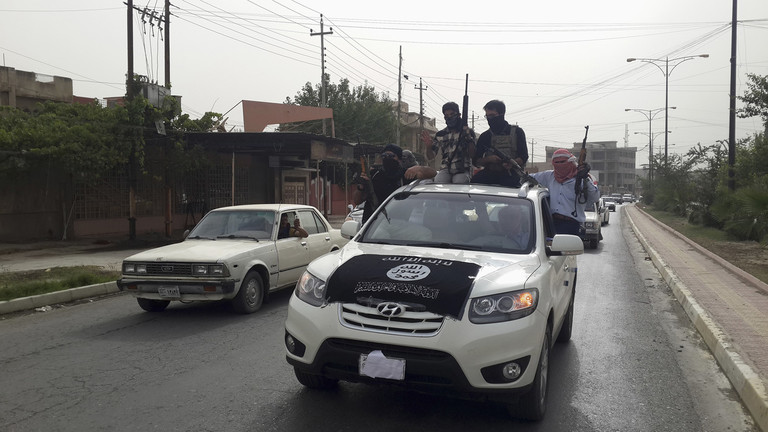 A former IS fighter who posted photos of himself trampling on the corpses of Syrian soldiers and was once accused of attending a terrorist camp and spreading propaganda, is now demanding damages from the Swedish government.
The man, formerly known as Bherlin Gildo but who has since changed his identity upon returning to Sweden, was one of the country’s first jihadists to travel to fight alongside Islamic State (IS, formerly ISIS). And now he is trying to use Sweden’s benefits culture to to his advantage, demanding SEK 200,000 (about $20,600) from the country’s social security agency which he claims denied him his benefits while he was being detained in the UK.
To be clear, this man reportedly uploaded images to his own social media profiles of him trappling on the corpses of Syrian soldiers, while appearing to humiliate Christians in other media he shared.
Magnus Ranstorp, a senior researcher at the National Defence College called Gildo's claims “bizarre,” adding that he would have a better case demanding compensation from the British authorities than the Swedish state.
“I would say he is disgustingly open about what he has been doing down there. The pictures he posed in and the like.”
This latest episode will test the limits of even politically correct Sweden’s notorious and oft-derided patience and perceived coddling of former enemy combatants or so-called “returnees” to borrow the government’s sanctioned parlance.
The city of Lund in southern Sweden was slammed for even considering a proposal to give returning jihadists free housing and tax benefits to ease their reintegration into society after fighting in Syria and Iraq.
Rather than prosecuting the erstwhile enemy of Sweden’s allies, the local governments in Malmo, Borlange, and Orebro also opted to welcome these extremists back from the failed Caliphate with open arms and generous housing, employment, education, and financial aid benefits.
Using the carrot and not the stick in this way with former jihadists, some of whom were convicted of beheading people in Syria, among other truly ghastly crimes, has been widelycriticized in the media.
Meanwhile, Moderate Party MP Hanif Bali, known for heavily criticising Swedish authorities, is considered outspoken in his own country for holding the apparently radical belief that the Swedish government should not be actively incentivizing extremists from returning to Sweden after their failed, fatalistic misadventures in the Middle East.
“These [jihadist] trips have been happening for several years now, but you haven’t done anything,” Bali said in February.

Anyone who would do what we read that person did, would not be accepted by our God, for they would be evildoers... who hurt other people.

Thinking about that made me think of Psalm 37:9, "For evildoers shall be cut off: but those that wait upon the Lord, they shall inherit the earth.".

Amen!  For evildoers shall be cut off: but those that wait upon the Lord, they shall inherit the earth.

As I've mentioned in the past, I pray that anyone who is NOT Christian, will trust in/believe upon our Lord, Jesus Christ, for they will then gain salvation and everlasting life.

If they become saved, they will no longer be an evildoer, and will be loved by Him.