There's something I feel I need to let you know about, here on Life with Lynnie (LwL).

It's information I found out about a while ago, but I wasn't able to share it until now.  It's actually an e-mail message.

Even though it was sent to me, I've had trouble with my computer, so I wasn't able to let you know about it, until now.

Here is what the message stated (I copied/pasted): 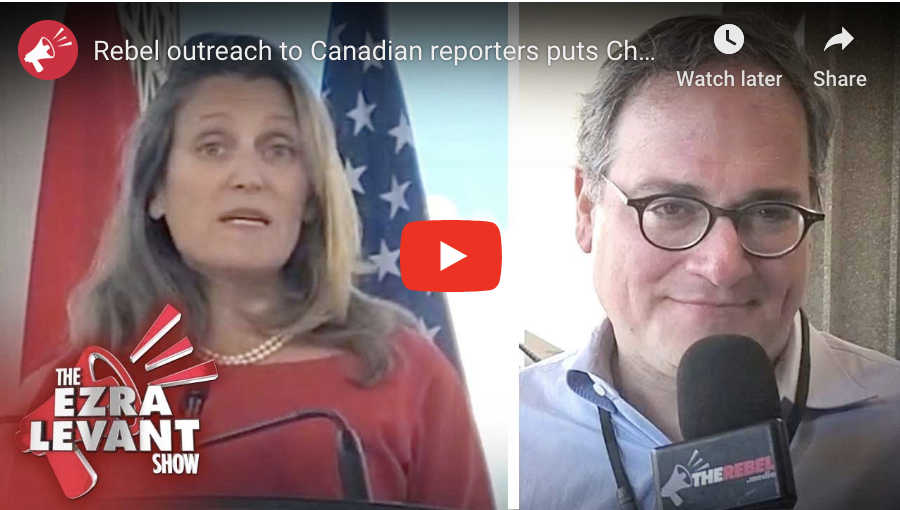 I almost couldn't believe it — but can you just imagine what Canadian journalism would look like if it wasn’t for President Trump, Secretary Mike Pompeo and the United States intervening on our behalf?
Thankfully, The Rebel will never let powerful governments like Trudeau's bully us into silence, and we have no intention of backing down to censorship.
In fact, our fearless and hard-hitting style is rare in this country. But we can't fight this battle alone.
Fortunately, one of the easiest ways to support our fight for freedom is to become a Premium Content member!
If you join The Rebel, you can watch FULL episodes of The Ezra Levant Show every weeknight — including this one where Freeland delivers her response to my question — as well as our other members-only programs hosted by Sheila Gunn Reid and David Menzies.
Sigh...

I thought I should share it with you, because our Canadian Prime Minister, Justin Trudeau doesn't help this group, and hurts them.  Just as I believe he hurts most of Canada and Canadians.

Also, because I am praying that Justin Trudeau, will not be re-elected.

Some people may want him, but I hope he won't be chosen to be our Prime Minister, again.

Thinking about the possibility of that, made me think of Matthew 22:14, "For many are called, but few are chosen.".

Amen!  For many are called, but few are chosen.

Knowing that Justin Trudeau is NOT Christian... please join me in prayer.

Please pray that Justin Trudeau will NOT be re-elected.

Please pray that Justin Trudeau will trust in/believe upon our Lord, Jesus Christ, for if he does, he will gain salvation and everlasting life... and won't continue to hurt Christians, Canadians and our country... Canada.

I thank you for praying with me.