There's something I feel I need to share with you, here on Life with Lynnie (LwL).

It's not something great.  But, it's something I feel you need to know about.  And, see.

Yes, there's a video on the article that I'm sharing with you.

The article is by fitnaphobia.com and is entitled, VIDEO: Muslim Injures 2 Soldiers and a Border Policeman by Ramming Them with his Car:  http://fitnaphobia.com/2018/03/video-muslim-injures-two-soldiers-border-policeman-ramming-car/.

Did you click on the link?  Hopefully, you did.

Unfortunately, I can't show you the entire article, but I'll show you a small amount of what was stated (I copied/pasted):

One of the jihadi’s relatives said: “The guy who was wounded recently got married, his wife is pregnant, he is really waiting for his first son. He always said, ‘I’m dying to see my son,’ ‘I’m in favor of peace and living together without any problems or harming people.’”

All that may be so, but the call to jihad is paramount, and takes precedence over all that. It’s a divine imperative. That’s the one thing that non-Muslim authorities seem determined to ignore, despite the fact that it makes explicable so much of jihadi behavior that is otherwise inexplicable. This prevailing willful ignorance is going to continue to cost lives.

If you read all the article, you'll know that some of the family of the man who drove and hit those people, feel that he shouldn't have been blamed for what happened.

To me, it's really upsetting reading that his family thought that.  After all, Muslims learn and do what they are taught.

They are taught that they shouldn't lie to fellow Muslims, but it is not just okay to lie to anyone who isn't Muslim, but they should lie.  And, they do!

This is done, as they are taught about lying to non-Muslims, and it's called... Taqiyya.  Here is a link for you to read about it.  And, more regarding the Qur'an:  https://www.thereligionofpeace.com/pages/quran/taqiyya.aspx.  If you clicked on that link, you'll know that it stated (I copied/pasted): 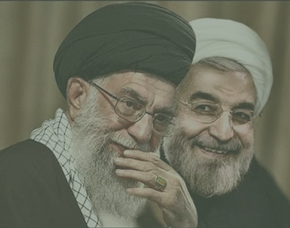 Does Islam permit Muslims to lie?

Muslim scholars teach that Muslims should generally be truthful to each other, unless the purpose of lying is to "smooth over differences" or "gain the upper-hand over an enemy"
There are several forms of lying to non-believers that are permitted under certain circumstances, the best known being taqiyya (the Shia name).  These circumstances are typically those that advance the cause of Islam - in some cases by gaining the trust of non-believers in order to draw out their vulnerability and defeat them.

See?!  It's truth what you've been told.

As I've said earlier, there was a video on the article.  Did you watch it?  In case you didn't, I thought I'd share a link to the YouTube video entitled:  Graphic CCTV footage of Acco suspected car ramming attack, that was on that article.  Here it is:  https://www.youtube.com/watch?v=D97-sDrOONQ.

If you watched that 5 second video, you will have seen how the driver hit the person walking.  :'(

This totally proves that Islam is not peaceful.  Even though Muslims claim it is.

Thinking of peace, made me think of what we read in Jeremiah 7:9, "Will ye steal, murder, and commit adultery, and swear falsely, and burn incense unto Baal, and walk after other gods whom ye know not;"

Will you... steal, murder and commit adultery, and swear falsely, and burn incense unto Baal, and walk after other gods whom ye know not?

I won't.  After all, I know that there is truly only one (1) God.  And, He speaks truth to us, through His word, the Bible.  And, God truly doesn't want you to do any of that sin.

Unfortunately, those who are not Christian, can think they know other gods.  But, whatever they are focusing on, isn't a god.

I belong to God, because I trust in/believe upon our Lord, Jesus Christ.  By doing this, I've gained salvation, and everlasting life.

If you do not yet belong to God, then please come to Christ, today.

Tomorrow may be too late.