Today, I'll be discussing something here on Life with Lynnie (LwL).  It's something that hopefully will help us Canadians.

Yes, I believe we Canadians may be hurt by something that our Canadian Prime Minister, Justin Trudeau did.

What did he do?

He invited and allowed a convicted terrorist, to go to India, when he, his wife and family, and other Canadians went.  That's what I heard, even though Justin Trudeau claimed he cancelled the invitation.

If you clicked on the link and read it, you'd know it stated this information (I copied/pasted):

It's also what happens when a man convicted of attempted murder — a former member of a Sikh extremist organization banned as a terrorist group — is photographed posing with the prime minister's wife at a private event in Mumbai.


Jailed in Canada for assassination attempt


Atwal was convicted in 1986 of the attempted assassination of an Indian state cabinet minister who was visiting Vancouver Island, and went to prison. But on Tuesday night in Mumbai, he was posing with Sophie Grégoire Trudeau, as well as Canadian cabinet ministers and MPs. 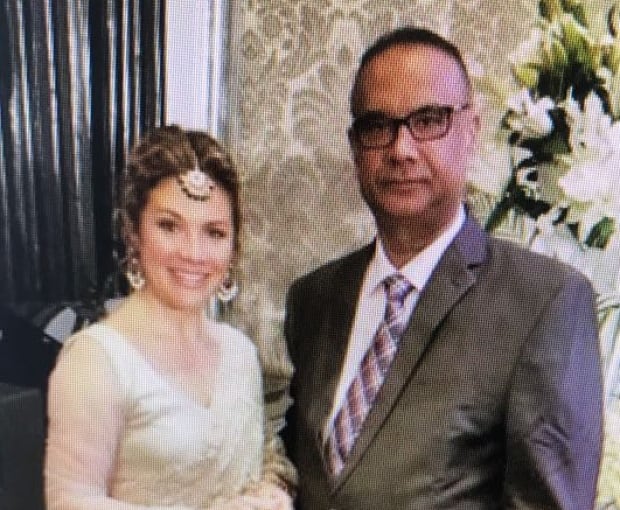 Sophie Grégoire Trudeau and Jaspal Atwal pictured in Mumbai on Tuesday. The Trudeaus attended a business and cultural event in the city that evening in celebratation of Indian cinema. (Submitted)

How awful was that!  Justin Trudeau's wife and the convicted terrorist were together in India, as was shown by the photo in the article.

What a terrible government leader we have.

As I've said in the past, he made sure that everyone in Canada knew that he was in support of Islam.  He made it clear during the time of the election, when Justin Trudeau let people know that he would give Muslims more rights here in Canada.

Talk about fraudulent conduct Justin Trudeau did!  And, dishonesty he did, by possibly hurting fellow Canadians.

After all, people in India, may think all Canadians are like Justin Trudeau, and may think we agree with him, when in fact, many of us don't.

We Canadians should not be hurt by Justin Trudeau, even though I believe he truly hates Canada.  After all, like I said in the past, he worked hard to help the province of Quebec try to separate from Canada.

So to me, Justin Trudeau is doing more to be evil.  And, hurt us here in Canada.

Thinking of this, made me think of 1 Corinthians 15:33, "Be not deceived: evil communications corrupt good manners."

Fellow Canadians, and people in other counties, please... do not be deceived that Justin Trudeau is truly in support of Canada.  If he was, he would not do things to hurt us Canadians, or do evil communications, like he did by allowing a convicted terrorist go to India when Justin Trudeau was going, along with his wife and other Canadians.  What was done?  In my opinion, what was done corrupted good manners.

Please, join me in prayer.

Not just prayer that Justin Trudeau will never, ever be re-elected as Prime Minister of Canada.  But, also that he will be removed as our Canadian Prime Minister, before the next election happens.  After all, Justin Trudeau seems to do evil things, like he did by helping and supporting the terrorist, and not India.

Please, also pray that God will help protect us Canadians.