What I'll be letting you know about, here on Life with Lynnie (LwL), is something that I did last week.

On Tuesday, May 30, 2017, I attended a funeral service, here in Windsor, Ontario, Canada.  The person who had died, was someone I had known for many, many, many years.

Did you read the article?  If not, you may want to know information, so I'm sharing some of what was stated (I copied/pasted):

Windsor labour activist Rolly Marentette, a crusader for workplace safety and the rights of injured workers, has died.

The chair of the Injured Workers Coalition and longtime Local 444 member passed away Wednesday at the age of 69 after a short battle with cancer.

“He was honest, humane, compassionate, genuinely concerned. And he was tough,” said Ken Lewenza, former president of the CAW and Local 444. “His presence was huge.”

Unifor Local 444 confirmed Marentette’s death and said the membership is saddened by the loss of one of their most committed voices on worker health and safety.

Much more was said about Rolly.

Please, click on the link, and read the entire article.  If you do, you'll see that he did much more for all types of things needed, here in Windsor.

Or, search his name on the internet.  If you do, you'll find out very much information about Rolly.  And, what he did during his life, for many people.

Yes, I found it truly upsetting that Rolly died from having cancer.  :'(

However, I'm truly thankful he is no longer suffering.

He did so much work for people within our city of Windsor, in many ways.

Rolly was truly a strong person, emotionally, physically and through his heart's desire to do as much as he could, for anyone and anywhere he was able to.

Thinking of this, made me think of Romans 15:1, "We then that are strong ought to bear the infirmities of the weak, and not to please ourselves."

Amen... we then that are strong ought to bear the infirmities of the weak, and not to please ourselves.

His desire was not to please himself.  His heart's desire was to bear the infirmities of the weak.  And, help anyone and anything that needed to be dealt with.

For this, I'm grateful. 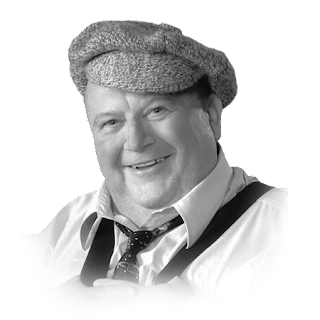