Here on Life with Lynnie (LwL), I want to discuss with you about Good Friday.

Why?  Because, it is a very special day.

It's the day that Jesus died for the sin of all the world, of all who would believe upon Him... even though Jesus never had any sin in His life. 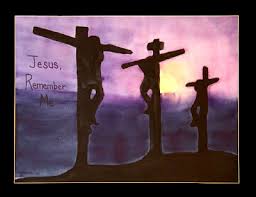 I realize that not everyone reads the Bible.  If you do, you'll know why I am sharing with you what happened that day.

Even though it can be heart-breaking, sad and upsetting knowing how Jesus suffered, it is truly a blessing what He did.

Jesus did not have to experience what happened that day.  But, He wanted to fulfill God the Father's plan of redemption for us, so He did accept what was done to Him.

Even so, He was risen to spend eternity in Heaven.  He's alive!

For this, I am thankful, and always will be.