Not Before, Nor After!

Today is a day when I'll be sharing something with you, here on Life with Lynnie (LwL) an e-mail message.

Here's what the e-mail message said (I copies/pasted it):

Justin Trudeau just appointed Ahmed Hussen, a Somali Muslim, as Canada’s immigration minister. Does that mean Canada is about to open the floodgates to more Muslim migration, like Germany has done?


Before you answer, watch this video I dug up from 2011. It shows Hussen testifying before the U.S. Congress about the threat of Muslim radicalism and sharia-style ethnic enclaves: 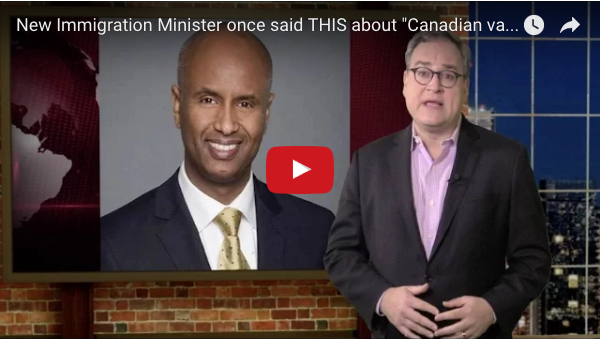 What do you think of Hussen? Do you think he still believes what he says in 2011? And do you think any Trudeau cabinet minister actually makes decisions — or do they all just do what they’re told by the Prime Minister’s Office?
Feel free to forward this video to all of your friends.
Yours truly,
Ezra Levant

If you read the article, you'll know that our Canadian Prime Minister, Justin Trudeau appointed a Muslim as Canada's Immigration Minister.

Is Mr. Hussen the only Muslim that Justin Trudeau appointed?  No.  Even so, I'll discuss more, tomorrow.

What makes me concerned is that Justin Trudeau is in such support of Islam.

How can our Canadian Prime Minister, Justin Trudeau, think like this?

I believe it is for a couple of reasons.

First, I believe that Justin Trudeau wanted to become elected as our Canadian Prime Minister, in the election when he did become elected.  I read/heard that he had made comments that he was in support of Muslims and would increase their rights within Canada.

The other reason I think Justin Trudeau is in support of Islam, is probably because he's not Christian.   I can't say I know him, because I don't.

However, if he was truly Christian, he would know that the god of Islam is not the God that people need to believe in.

If Justin Trudeau was truly Christian, he would read God's Word, the Bible.

If Justin Trudeau read God's Word, the Bible, he would be aware of what God told us in some Bible verses, including Isaiah 43:10, "Ye are my witnesses, saith the Lord, and my servant whom I have chosen: that ye may know and believe me, and understand that I am he: before me there was no God formed, neither shall there be after me."

You see, there was no God formed before Him, nor shall there ever be... after Him.

My friend, do you read God's Word, the Bible?

Hopefully, you do.  If not, hopefully... you will.

If you do, you will truly be blessed.