The Anniversary of the Day I Died...

Today, here on Life with Lynnie (LwL), I am going to talk about something that has touched and changed my life.

This is the anniversary of the day I died.  And, began living a different life. 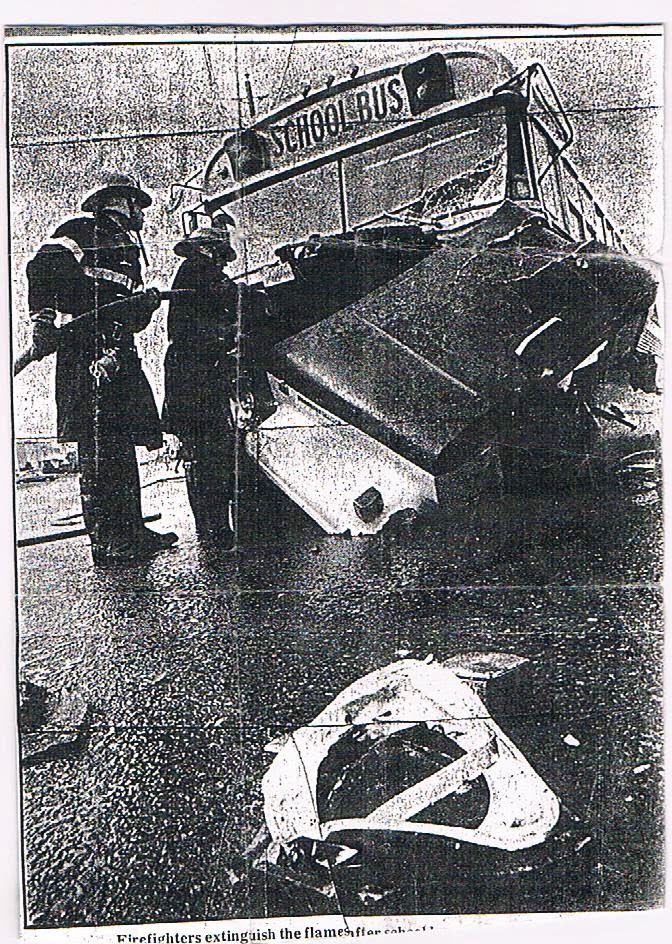 Photo published in the Brampton Times and Conservator newspaper
of the bus I was driving September 30, 1980.

In the past, I described what happened that day.  If you would like to read about it, please click here:  http://www.lifewithlynnie.com/2010_09_01_archive.html.

Life for me, has not been easy.

Just as you would know, if you read that entry about the bus collision.  Or, if you've read LwL for a while, or the book I authored, Love Never Fails You...

Dealing with the physical issues that complicated my life, hasn't been easy.  Especially, since I still deal with some of them, daily.

Emotionally, it wasn't easy, either.

Not just due to the trauma of experiencing this collision.  But, also due to the fact that the driver of the truck that hit my bus, apologized after being convicted of failing to stop, receiving a $56 fine and three (3) points, and let a friend of mine and I know that he was responsible for the collision in another aspect of life, that I won't discuss, today.

I will say that the emotional (and post-traumatic) stress became even worse, after hearing what the driver who caused this collision, told me.

It wasn't easy dealing with this incident that literally ended the life I had been living.

However, God is good.  He loved me enough to help me through.

He loved others enough to provide miracles that day, to all who may have been involved in a terrible life-ending collision, had my bus not been struck before the other school bus that was driving the opposite direction, made it through the intersection.  For, if the truck hadn't been slowed down by hitting my bus first, many children riding on the other bus in the intersection, may have been killed.

Why did this happen?  I have no idea.

Only God knows.  But, after reading God's Word, the Bible on a regular basis, I have come to realize that God makes all things work together for good, to those who love Him, who are called according to His purpose (Romans 8:28).

To me, another important thing to know is what we read in Romans 8:29, "For whom he did foreknow, he also did predestinate to be conformed to the image of his Son, that he might be the firstborn among many brethren."

Yes, He predestined each one of us.  Each of us, whom He planned to save here on earth, were predestined for this, before we were even born.

God used this collision in a way to help Him change me.  To help convert me into the person He wanted me to become.  To be conformed to the image of His Son, our Lord, Jesus Christ.

Have you had things happen in your life?  Things that have upset you and changed your life?

After all, God alone knows the plans He has for us:  plans to prosper you and not harm you, to give you hope and a future (NIV).

This may not be something you can understand and accept, just by reading what I've written.  However, if you read God's Word, the Bible... you'll come to a greater understanding of how God works in your life.  In mine.  And, in everyone else's.