As I've mentioned here on Life with Lynnie (LwL), I've been without my television (TV) for more than two (2) weeks, now.

In addition to watching Youtube movies, I tried to watch some public broadcasting stations.  On their stations, there is some programming that I truly enjoy.  Like... Masterpiece Theatre, that hosts various programmes I adore watching.  Like... Downton Abbey, and Mr. Selfridge.

Living in Windsor, Ontario, Canada most of the stations I receive by TV, are from USA.  That's where I usually watch Downton Abbey, Mr. Selfridge and other programming.

In my opinion, this is not the fault of USA.  In the past, I was always able to access and watch programmes, etc., there.

I believe that it is due to newer regulations by the Canadian Radio-television and Telecommunications Commission (CRTC).  Over the years, changes made to regulations have changed our ability to access and use stations outside Canada.

This led me to accessing TVO, which is a Canadian public broadcasting station.

Unfortunately, I wasn't able to access some of the programming I was hoping to watch.  Even so, I was able to watch a couple of programmes I enjoy.

Another drama programme I watched on TVO, was Midsomer Murders, starring Neil Dudgeon entitled, Murder of Innocence, Pt. 1:  http://en.wikipedia.org/wiki/Midsomer_Murders and tried to access Pt. 2 to watch it, through a link they have on their site.  However, the system would not allow me to do so, because apparently, Pt. 2 hasn't been aired on TV, yet.

So, as it stands, I will have to wait (possibly forever), to be able to see how the story ends.  :(

You'll note that I called the shows 'drama' programmes.  I did so, because TVO calls them, that.

In my opinion, while they may be considered drama stories, I prefer to call them... murder mysteries.  Especially, Midsomer Murders programmes.

However, what I enjoyed most about Foyle's War episodes, is the fact that they were deemed to have taken place during WW2.

As I'm sure you realize, I am grateful to all who fought for our freedom, in any war... but, particularly WW2.  That was a time that was able to change the whole world.

Just as you read in yesterday's LwL entry.  D-Day's Normandy Invasion, began the change that would have its affect not only on France, but all of Europe.  I'm grateful that God helped the allies, since the Nazi regime was truly evil.

Thinking about the evilness of the Nazi efforts, reminded me about how God works.  While we may be living in the evilness of Satan's domain, God won't always allow Satan and his cronies, win.

Just as we read, in Isaiah 54:17, "No weapon that is formed against thee shall prosper; and every tongue that shall rise against thee in judgment thou shalt condemn. This is the heritage of the servants of the Lord, and their righteousness is of me, saith the Lord."

He proved even 70 years ago, that no evil formed against those who stood for what He represents, would prosper.

He provided.  Maybe not in every single way, in the short run of things.  However, ultimately He provided for those who stood for what was right.

I praise God for this.  And, always will! 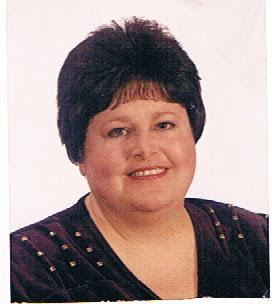