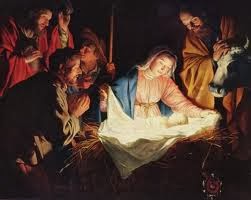 Here on Life with Lynnie (LwL), I would like to wish you, a very Merry Christmas!

As I discussed yesterday, I am so very grateful to God, for the birth of my Lord, Jesus Christ.  And, I wish Him, Happy Birthday!
Nothing could ever be more important than that!  For without His coming to earth, we would have no plan of salvation.
How wonderful it is, that God made a way for some people to know that the Messiah was to be born.  Like the shepherds.  And, the wise men, who followed the star.
It is wonderful, that they all found Mary, Joseph and our Saviour, who came to earth as a baby... who was named Jesus, just as had been prophesied.  Hallelujah!

How grateful I am that God told us so, in Luke 2:15-21, " And it came to pass, as the angels were gone away from them into heaven, the shepherds said one to another, Let us now go even unto Bethlehem, and see this thing which is come to pass, which the Lord hath made known unto us.
16 And they came with haste, and found Mary, and Joseph, and the babe lying in a manger.
17 And when they had seen it, they made known abroad the saying which was told them concerning this child.
18 And all they that heard it wondered at those things which were told them by the shepherds.
19 But Mary kept all these things, and pondered them in her heart.
20 And the shepherds returned, glorifying and praising God for all the things that they had heard and seen, as it was told unto them.
21 And when eight days were accomplished for the circumcising of the child, his name was called Jesus, which was so named of the angel before he was conceived in the womb." 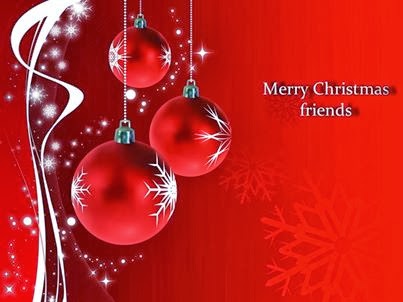 May God bless you, as you celebrate the birth of our Lord, Jesus Christ.
Merry Christmas!
Until next time...
If you would like to comment, please e-mail:  lifewithlynnie@gmail.com
Posted by Life with Lynnie at 12:15 AM