Forgive me for interrupting what I began writing about in yesterday's Life with Lynnie (LwL) entry.  But, this date only comes along once per year.  And, today is the day. 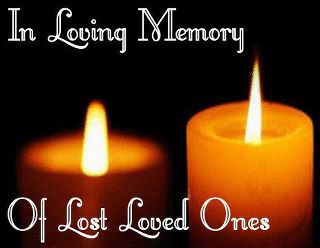 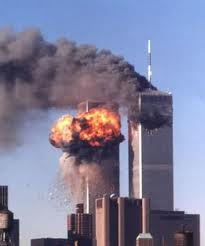 The twin towers of the World Trade Center 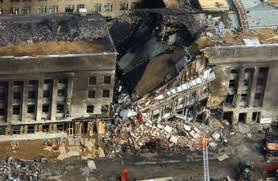 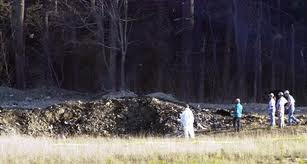 Shanksville, PA
What happened on the morning of September 11th, 2001 was not just shocking.  It was an act of war.

For many years, I've said it before, and I'll say it again.  While we in USA and Canada, may not be at war with Islam, Islam is definitely at war with us.

The same can be said for other countries, who had what was considered to be secular governments.  Many people aren't aware of this.  Because of large Muslim populations, most people thought they were Islamic governments.  But, they all, weren't.

Many people just aren't aware that various countries in the world are being taken over by Islam, in various ways.

Some countries in Africa, infidels (unbelievers of Islam) were literally murdered... if they would not convert to Islam.  It's not hard to take over a country that cannot defend itself, in a form such as this.  Especially, when the rest of the world has done nothing to stop the murdering.

Look at Tunisia.  In 2011, their government that allowed freedom, was overturned.

In the media, the overthrow was deemed to be necessary due to people being unhappy.  However, time has proven my theory to be correct.

The truth can be summed up in three (3) sentences, written on Wikipedia, "On 23 October 2011, Tunisians voted for the first time post-revolution. The election appointed members to a Constituent Assembly charged with rewriting Tunisia's Constitution. The formerly-banned Islamic party Ennahda won by capturing 41% of the total vote."  Don't believe me?  Read it for yourself; here's a LINK.

The same thing has happened in Egypt.

The government was overthrown by people who claimed similar situation as in Tunisia.  Hmmm... maybe, maybe not.

The fact is that the main religion in Egypt was already listed as Islam.  However, other religions, including Christianity, were allowed to exist and had freedom within the country.  Read about it; here's a LINK.

Now?  Well, what I've heard from friends in Egypt, is that their rights have been taken away.  No more freedom for them.

Is what I've heard true?  That's a good question!

According to Wikipedia, human rights in Egypt, have regressed; people are fearful.  Here's a LINK, where you can read it for yourself.

Here in North America, we have not been attacked with machetes, like in some locations in Africa.  Nor, has our governments been overthrown, and replaced with Islamic governments.  At least, not yet.

Don't worry.  If Islam is allowed to grow within our borders, opening the door for Muslims to bring Shariah Law into effect, then things will change.

Once Shariah Law is brought in, it can never be removed.  Muslims will then push for more and more control, increasing the amount of Sharia Law that is allowed.  Eventually, they will take over.

I have to wonder.  Is this what you want?  For you?  For your child?  Your grandchildren?

The only way to stop any further attacks on any countries who have fought in the past for freedom and won, is to put an end to Islam trying to take over, before it get's any sort of control.

Do not allow Shariah Law.  There is nothing wrong with our laws.  Each citizen must abide.

And, we all have freedom.  Of speech.  Of religion.  And, to live as we choose.

This reminds me of Galatians 5:1, "Stand fast therefore in the liberty wherewith Christ hath made us free, and be not entangled again with the yoke of bondage."

Please pray for the oppressed, who are now living without freedom, in countries where Islamic governments are being installed.  Places where those who are not Muslim, are being once again placed in yokes of bondage.

Although those Muslims who attacked the USA on the morning of September 11, 2001 (9-11), died and are not fighting now, their sisters and brothers in Islam are.  If they weren't, they would be speaking up against what has been done by their fellow Muslims... and would be doing more to stop those who are sometimes called extremists. 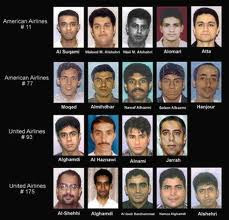 
Please pray for Islam.  Pray for Muslims.  Pray that many will come to Christ.  This way, they won't feel the need to take over the world, as many admittedly claim to be doing.

Speaking about taking over the world... doesn't this remind you about how Hitler felt, during WW2?

It does, me.  I agree with George Santayana, whose comment of, "Those who cannot remember the past are condemned to repeat it.", has been recalled by many.  To read more, click HERE.

I'll be praying.  Hopefully, you will, also.

Posted by Life with Lynnie at 5:41 PM